Mortgage moratorium: why its continuation is important for Ukrainians

Recently, the President signed the Law “On Amendments to Certain Legislative Acts concerning the moratorium on foreclosure of property of citizens of Ukraine provided as collateral for foreign currency loans”. There was a whole discussion in the columns of Юридичної Газети about the need to adopt legislative changes in the law. 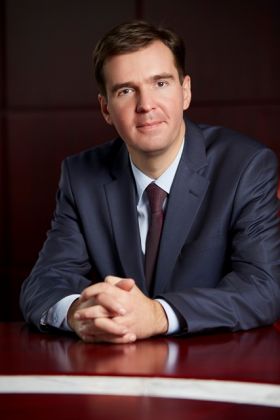 “It should be noted that this is the second attempt to postpone the foreclosure on the return of loans issued in foreign currency. Previously, the President vetoed the Law, which was adopted by the Verkhovna Rada on July 16, 2020 (Bill №3640), as its wording provided for a ban on the implementation of any decision to recover funds without the permission of the debtor. Literally, the ban applied even to administrative fines for violating traffic rules.

The current version of the Law is no longer so radical, although to some extent it is trying to extend the moratorium to new facilities. In particular, the objects of the moratorium, in addition to the residential property, were:

– any objects of housing stock;

– property rights to it.

The last phrase raises the question: does these property rights apply only to the objects of unfinished housing construction, or to the objects of the housing stock as well? We expect fruitful case law on this issue.

In view of this, the extended list of moratorium objects described above is also nullified. After all, the attempt to prove that the borrower permanently resides in the object of unfinished construction or property rights will be a priori utopian.

Although the condition that the borrower or property guarantor should not own other real estate, the law is preserved. The restriction on the area of ​​property covered by the moratorium – up to 140 square meters – was also maintained. m for an apartment and 250 square meters. m for the house. The subjects of the Law of Ukraine “On Prevention of Corruption” will also not be pleased with the adopted changes – the moratorium continues to ignore them in principle.

In addition, the legislator decided to clarify that the prohibition of assignment of claims under credit agreements means not only the sale and transfer, but also any other form of alienation. And if earlier the law protected only citizens of Ukraine, now its effect extends to foreigners and stateless persons. Given the specifics of the domestic mortgage market, the legislators can thank the citizens of the Russian Federation for this. ”

Share:
Related news
Five Top Trends in the Legal Market 2020 from Managing Partner Yuriy Petrenko
6 questions of the farmer to the lawyer about the land market, its lease and work with banks
ADER HABER IS THE LEADER OF THE LEGAL MARKET OF UKRAINE
More news
If you want to keep up to date with our news, please subscribe
+380 44 280 88 87
office@aderhaber.com